The third BBC Connected Studio was around CBeebies, the BBC product for children up to six years old. I went along to the day-long session at MediaCity UK, Salford and teamed up with people from the BBC, Thought Den, Fettle Animation to pitch an idea. It revolved around creating magic for children using technology, but combining it with nurturing elements to back up and give substance to the magic.

As it turned out our idea wasn’t terribly original with another team pitching something similar, but it was one of ten to make it through to the next stage: the Build Studio, two days of rapid prototyping to develop the idea into a proof of concept.

One of the best things about the event was the unique collaborations going on: the BBC had paired all manner of different companies together to create interesting combinations of technical and creative groups. It was a bold move which added to the frenzied energy and made the event feel even more special. 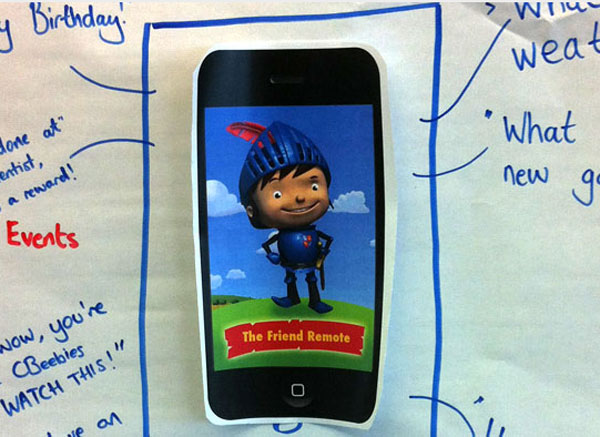 We were a large team with various skills and this diversity made it difficult to focus at times. Yet the technical group knuckled down to create some interesting examples of how our idea might work on the web, while the creative group explored the full possibilities of the concept. This involved everything from planning interactions to sketching wireframes to developing user journeys.

The number of people from the BBC – from editorial to UX to technical – on hand to offer advice and feedback was wonderful. People like Jon Howard, Game and Web Development Team Leader, managed to impart enthusiasm, scepticism and knowledge in healthy doses at all the right moments. Thanks to the BBC Connected Studios team for organising it and making everything run smoothly. It was a brilliant few days.

We await the verdict in a few weeks about whether our idea was good enough to make it through to a full pilot.

Ask the tribunal: a different approach to content strategy